Spring Rugby Comes To An End 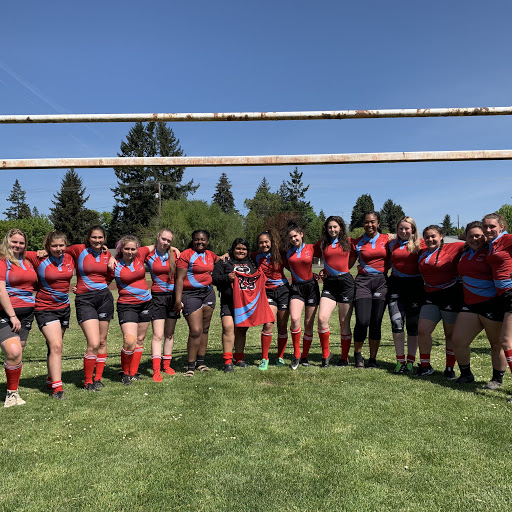 May 18th, marked the end of the spring rugby season.  Going into championships we were in 5th place. This may not seem like the best position to be in, but for our team at Centennial it is was the best we have ever placed.  In past years we have been in last or second to last place.

The team this year has had a very good dynamic on the field and everyone works really well together. Also our new players have improved tremendously from the beginning of the season to now.

I think the difference this year with the team was the attitudes toward winning. Our team has shown major growth and become more competitive. Along with this our number of players this season were some of the best we have ever had.

This gives our team and advantage on the field because with more players we can have more subs so there are always fresh players on the field.

As I have previously pointed out numbers is one of the biggest issues our team faces each season.

I think this is a challenge for our team at CHS because not many female athletes are actually aware of what the game is. Since it is just a club sport it is something separate from high school sports it is hard to get the word out there about the team.

To sum it all up our increase in numbers this season has greatly impacted our team allowing us to perform the best our team ever has in our division.

Play offs were very successful and we beat the 8th placed team Columbia County.  This was our second time playing them this season and I was very proud of our team and their determination which helped lead us to a win.

Championships was last week and going in we were placed in 5th.  We were matched with the 6th team Newberg. The outcome of the game was not as we had hoped and we lost to Newburg.

Even though we did not win the bowl championships our team at CHS this year has achieved many things thought to be impossible in the past.

I think the change this year was due to the good teamwork among our players and the will and determination from all of the team to want to do better and prove that rugby at Centennial is a serious team that does not back down from challenges faced.