The CHS Band Will Perform At The Rose Festival 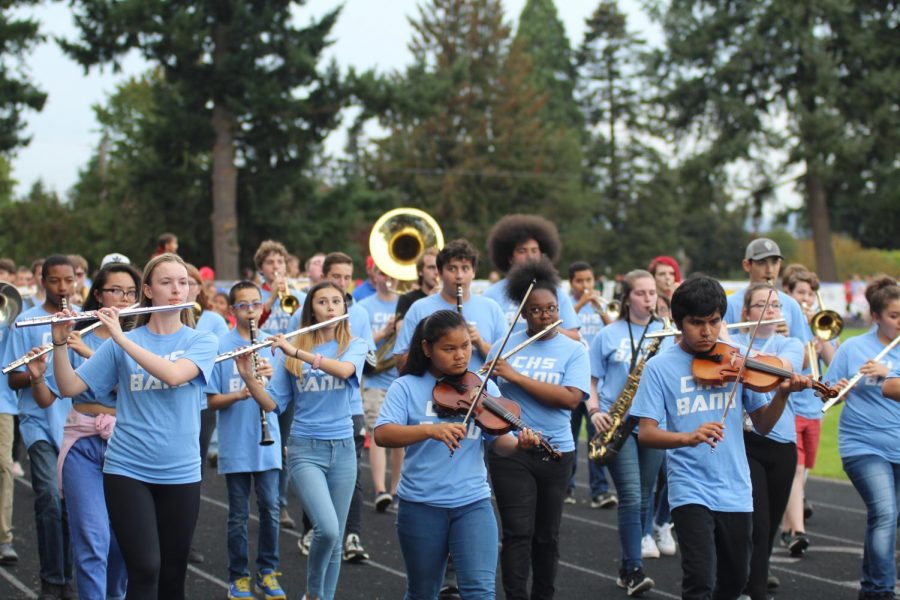 The CHS Band has some exciting news! They will be playing in this years Grand Floral parade.

This parade will consist of marching bands that fill the air with music, dance teams that add a pop of color, kids who will be dressed in costumes, and floats that are decorated with flowers.

The CHS band is one of sixteen bands chosen to take part in this years parade.

Each band has a certain theme. Our bands theme has yet to be determined.

The band will take a four mile walk that will start at the Memorial Coliseum traveling through MLK Jr. Blvd, then they will go across the Burnside Bridge, enter downtown Portland and end at Lincoln High School.

The parade will be aired on local stations including Channel 12 and KPTV!

Practice for band will begin after spring break.