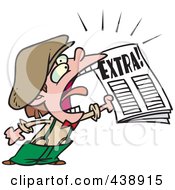 Every year Kellie McCarty puts on a school musical, allowing students to audition for parts. Later they perform on stage in front of students and parents.

This year that musical is “Newsies”.

“This is a high energy show and I’m excited to see what the kids bring to the audience,” said McCarty.

The show was suggested by the kids. With that in mind McCarty, her vocal director, and choreographer met and voted as a council, deciding on Newsies.

On Jan. 31, drama students competed at Regionals with nine scenes qualifying for State. This is the most scenes to be qualified in McCarty’s history of teaching here at Centennial.

24 out of 36 CHS entries qualified for Nationals!

Qualifying for Nationals with Superior Scores