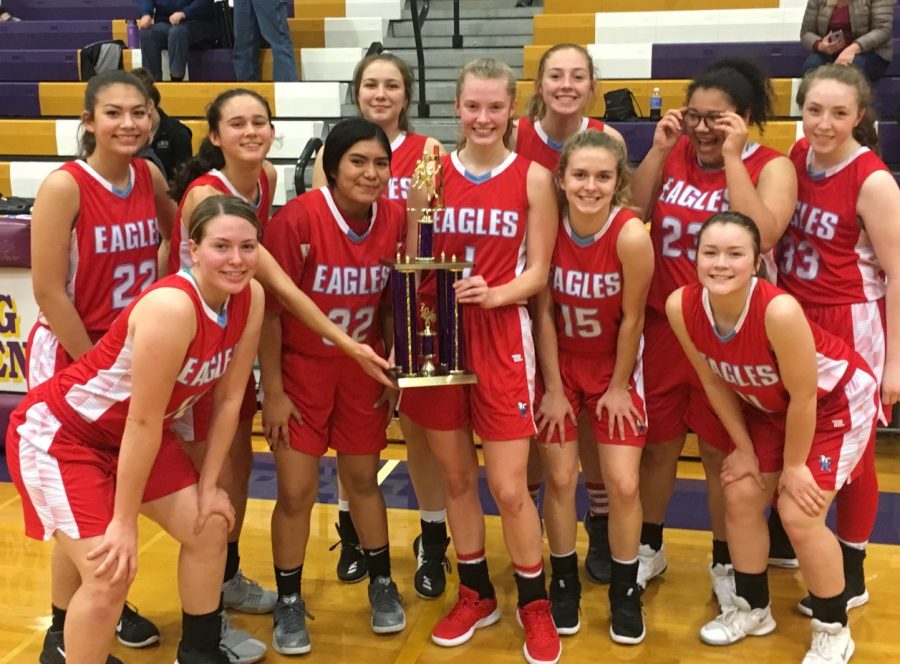 Tonight we head to David Douglas for the first game of a girls/boys double header.  We play at 6; the boys play at 7:30.

Douglas will press and run and trap and disrupt for 32 minutes. If we don’t have too many turnovers (16 or fewer is the goal, 10 would be better) we can win this game. If we turn it over 20+ times they will run us out of the gym.  But I like the way the girls have responded to the Barlow and Clackamas losses, and I trust that they will follow the game plan just like they did against Astoria.

Ha.  I’ll save the prediction for the team.

Let’s just say I think we are all tired of losing.

The holiday break had mixed results for the girls basketball team.  On the court we were 3-2 with wins of Aloha, Hood River and Astoria, an overtime loss to Redmond and a blowout loss to Barlow.

Hood River is really down this year and that game could have been a 50-point blowout, but there is no reason to do that to a team.  We beat them 47-25 as everyone played a decent amount of minutes. It was a nice way to start the Astoria Tournament, especially for Maddie McHone who hit three 3’s in the first half.

The Redmond loss was a perfect storm of bad things happening in a short period of time. We led this game for 30 of the 32 minutes, then missed some crucial shots and free throws and failed to get some critical rebounds at the end of regulation. This allowed the best player on the court, Redmond’s 6’2 stud, to take over and send the game to OT.  In OT, the coach’s daughter hit back-to-back 3’s from the corner, and we played catch-up the rest of the way. The first 3 she hit was simply a nice play that caught Ellie Basinski with a blind-side screen.

The second was from the same play, but Ellie read the screen this time and was tackled to the floor in a move that would have drawn an unnecessary roughness flag in a football. But the ref somehow missed the little dance even though it happened about six feet away from her.

A bright side of the Redmond game was Maggie Martine who had a career-high 17 points. It was a great effort against a legitimate D1 post player.

I can’t tell you how frustrating it is to have bad officials.  I also can’t tell you that complaining helps remedy this problem.  The weaker the official, the less a coach can say to them. Bad officials are already in over their heads; yelling at them just exacerbates the ineptitude.

So officiating a game with three loud male coaches like we have on our bench can really wear a bad ref down, especially when they know they screwed up.

Let me give you two recent examples of the way an official can influence a game.  We win the Redmond game if the ref calls the moving screen that kept Ellie from covering the second skip pass that ended with a 3 pointer in overtime.  There is no doubt about it. We were down three when it happened.

Ellie would have gone to the line for a 1X1, and their big kid would have been in serious foul trouble. Redmond was surprised to be in the lead at all, let alone by six, so they would have played tight, and, well, we would have won.

Instead, the shot is made with Ellie literally sprawled on the floor, and we are down six.  Now we have to change our defense and eventually foul, and so on. The game changed on that botched no-call.  Yes, we missed several shots earlier and could have won in regulation, but the fact remains that poor officiating changed the game at a critical point.  It’s not right, but it happens all time.

Late in overtime that same official gave me a T for bringing my kids to the sideline when Ellie got her 5th foul.  Instead of notifying me that Ellie was DQ’d, thus giving me time to sub, this same official who didn’t call the moving screen tried to get the Redmond player Ellie hacked to shoot the FT’s she earned BEFORE she DQ’d Ellie.  It was absurd.

She was not a bit concerned that Ellie had fouled out; she just wanted the kids lined up for the FT’s. When I called the team over—which is what every coach does upon a disqualification—the ref T’d me up.

I didn’t even say anything to her.  (I did tell my team to, “come here…don’t listen to her….”) but that is not worthy of a T. I can talk to my team; this was a basketball game, not a speech competition and this ref was flat wrong.

As a ref she’s in way over her head, yet she collects $60-75 a game for bad work as we drop several spots in the standings with the loss and are probably going to miss the playoffs by a couple of spots.  And there is nothing we can do about it; because of the shortage of referees this ref has a greater chance of being promoted than she does being demoted.

Not a bad gig. If you want to get paid for some exercise, become a ref! No experience needed!  Read a book. Work a game! What a country.

The good ones are great and absolutely earn their money.  The bad ones? Well, even the good ones don’t want to work with the bad ones, so the net result is if you get one bad one, you usually get two.

The second example happened Tuesday at Clackamas.  The Cavs have the returning Player-of-the-Year, Kalani Hayes, and were up 15 or so points midway through the third quarter.

We were probably not going to win, but we were definitely not completely out of it, and we had played pretty well until this point. On this particular play, Kalani fell in the key and laid there for several seconds, making no effort to get up or get out.

She was not hurt; but she was not in a hurry to get up…. As our bench counted, “Three. Four. Five….,” she got up, just in time to grab a rebound, make the put back, and draw a foul. What should have been our ball with a chance to cut the lead to 12 resulted in a 3-point play for them and an 18-point deficit for us.

When I asked the ref about it and explained the difficulty of blocking out a player who is on the floor, he admitted Kalani was in the key too long but said, “We will never call 3-in-key on a player who is laying down.” His exact words. So I told him I was going to design a play with several players laying in the key. Who knows?  Maybe they will call a foul on the other team when they step on us.

One of the highlights of my summer is fishing, and one of the fun parts of fishing is watching people launch/load their boats.  It’s a zoo. I just stay out of the way and enjoy the show. Bad officiating is the same thing. When I retire, I may go to games just to watch the refs “launch their boats!”  The problem with that is their mistakes affect athletes and coaches, so it really is not funny.

We finished the Astoria Tourney with a 43-28 box-to-wire win over the host school.  We had lost to them last summer and we knew they were solid. Very athletic. Very aggressive.  6’2 inside. Jack rabbits on the perimeter. A longtime coach and friend had seen them a week before we played them and told me that we had “no chance” to beat them.

He’d seen us, too, of course. But we did beat them, and it was never even close as we jumped up 12 early and played with a 10-20 point lead the whole way.

Wins are nowhere near as “fun” as losses are devastating, but this was nice one as we did many things well, and it was great to see the kids smile when it was over.  The icing is that we actually won the tournament and brought home some hardware.

Domonique Andrews, Trinity Miller and Ellie controlled the tempo all night, and our 3 point specialist, Naomi Daychild, finally got it going to finish with 13 points. We simply put the Fishermen to sleep by not allowing them to do what they wanted to do.

So we now sit at 6-6, which is both acceptable and frustrating as we have won some games that we probably shouldn’t have and have lost some games that we could have won.  In retrospect, a 10-2 record was possible as we had late leads in four of our losses. A 2-10 record was also possible as we trailed in the 4th quarter of several of our wins.  6-6 splits the difference.

One of the problems with coaching is trying to hide the frustration of losing.  It consumes me. When I was younger I occasionally embarrassed myself with my behavior after losses; I’m better at controlling my emotions now, but losses still eat me up.  I’ve never been able to sleep after a loss and it usually takes a full 24 hours to recover to the point that I don’t dwell on it. Sometimes it takes longer, and a loss like the Barlow game will be in my thoughts for a long time.

It’s not that we should have won—it shouldn’t really even be close–it’s that we didn’t even resist. The betting line in Vegas (that is a joke—it’s illegal to bet on high school sports) had Barlow as 15+-point favorites as they have the talent to win the league and make some noise at the State level.

Nope, losing was not the only issue. It’s the way we lost that I still can’t shake even a week after the game; we were awful and looked like we had never been coached. I take that personally. We will be big underdogs the next time we play Barlow, but it’s going to be a much different game.

But first we need to find our swagger.  It’s time to get on a little roll. Vegas has the Scots as 9 point favorites.

Be wise–put your money on the underdogs. We are ready to play tonight.