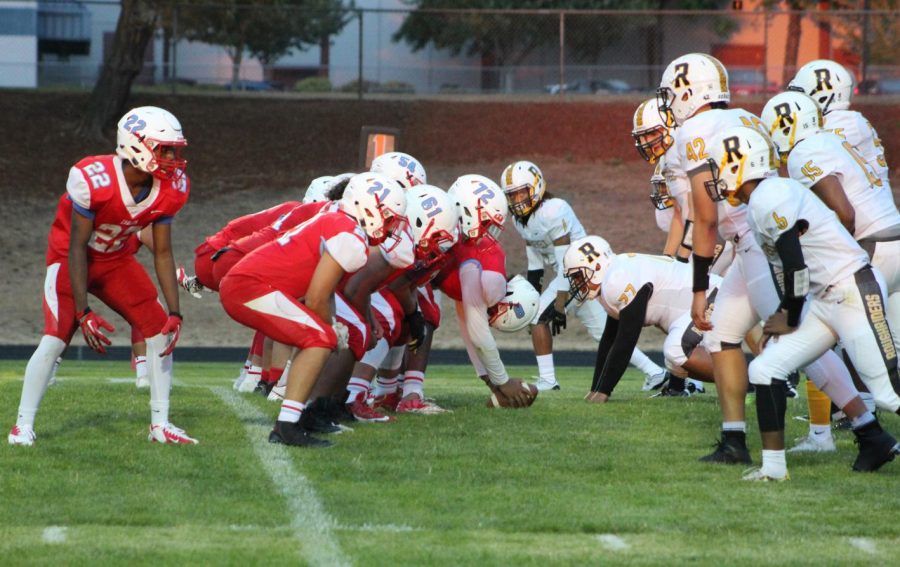 The Eagles suffered a 3-2 loss at McMinnville last Friday. They head to Hillsboro to play Central Catholic tomorrow.

The 3-2 Eagles had a tough 41-27 loss last Friday at McMinnville. Things do not get any easier this week as they head to Hillsboro to play Central Catholic tomorrow.

“We started really slow, dug a hole in the first half,” said Head Coach Butch Self.

“We didn’t play to their full potential; the big stage was new to them,” said Defensive Coordinator Kevin Christie.

“There were too many turnovers, but the players didn’t quit and had a chance to tie it up in the second half,” said Assistant Coach B.J. Basinski.

“We fought back and could’ve won the game. We played really well in the second half,” added Self.

Senior Captains Nick Garcia and Cyrus Boatman were proud of their team at the end of the day.

“Despite the score, we fought. I love the way we fought,” said Garcia.

“He’s a great leader on and off the team,” said Self on the leadership Garcia has demonstrated this season.

“We fought hard in the second half but couldn’t get out the hole we buried ourselves in,” agreed Boatman.

“He’s (Boatman) a terrific young man, really vocal and keeps the team going during game time,” said Self. “I really believe I have the best guys as captains.”

Central Catholic has an overall record of 2-3 and known for being a talented team. Both teams will be facing a physical game.

“I expect them to play hard. It’s a winnable game, we just need to eliminate repeated mistakes,” said Self.

Basinski recalls to a memorable moment two years ago when the Eagles killed a Ram winning streak. “We historically play well against them,” he said.

“I believe that if our kids believe they can win, we will because they have the mindset. It just all comes down to their mindset,” said Christie.