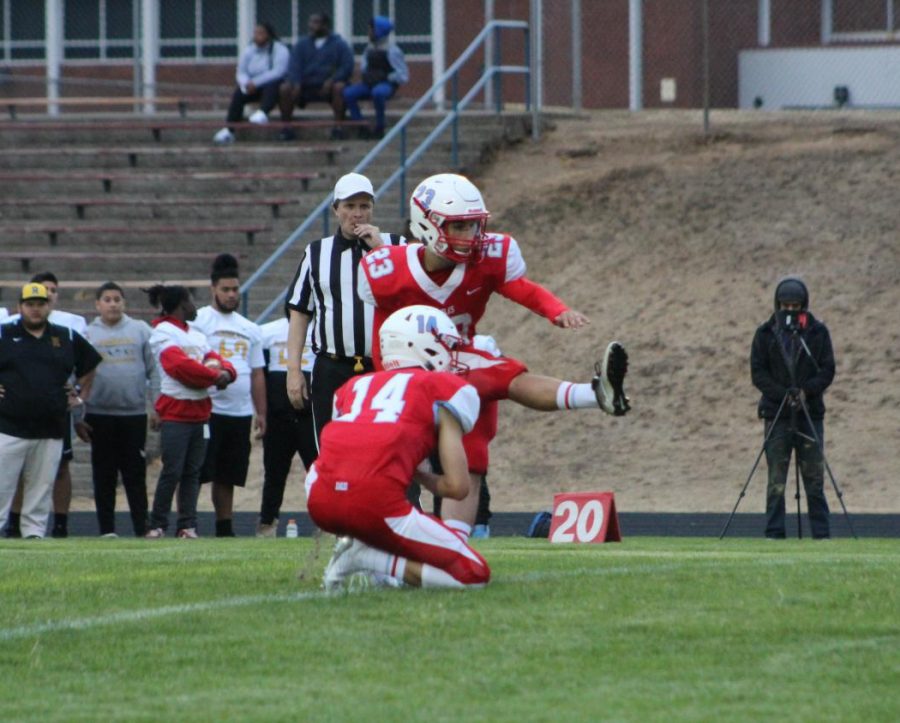 The football team beat Century at the homecoming game on Friday 55-28. The team faces McMinnville this Friday.

The Eagles head into Friday’s game at McMinnville on a three-game winning streak with an overall record of 3-1.

In last Friday’s Homecoming game, the Eagles beat Century 55-28. “We played really well, we executed how we needed,” said Head Coach Butch Self.

“There was a lot of energy. I was very proud,” he said.

The Eagles will need to play well to advance to 4-1 as McMinnville has an identical 3-1 record.

“I expect to play hard and physical, both teams are very much like each other,” Self said.

“I expect to win every week, I don’t think that will ever change.  Our ultimate goal is to go to playoffs, but I don’t like to think too far down the road,” he said.

“I take it game-by-game,” he said. “Just focus on what’s important now and I hope the guys think the same way.”