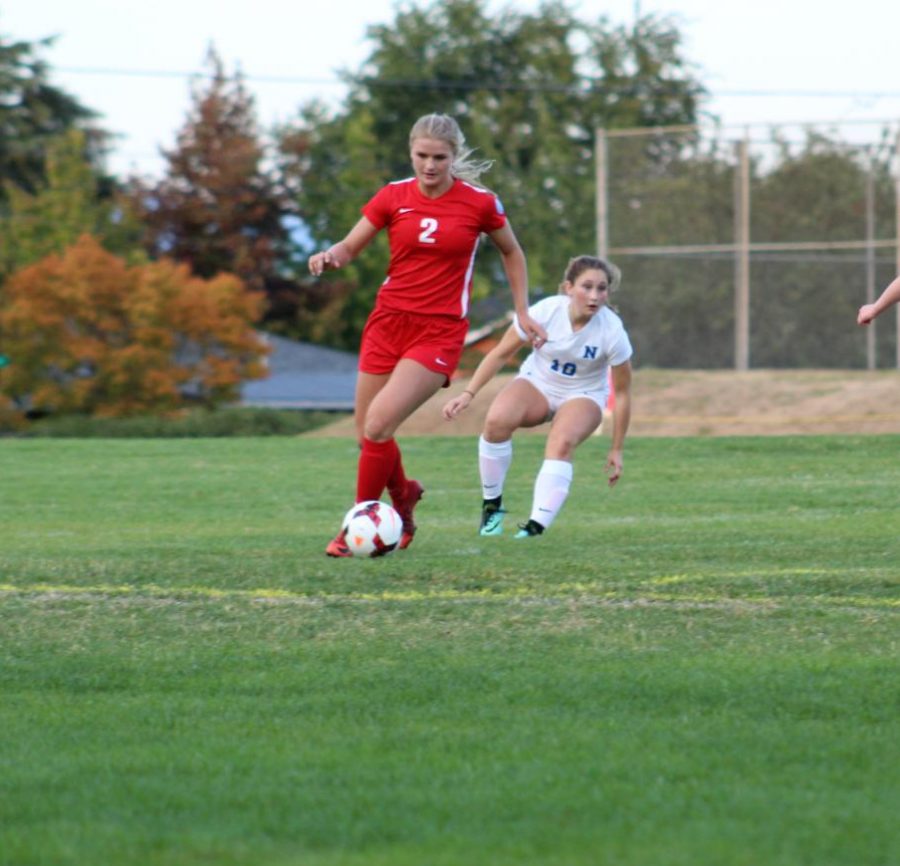 Chloe Smith runs across the field with the ball. The girls soccer team plays Sandy at 7 on Thursday.

The Centennial Eagles’ girls soccer team played at Silverton Monday night in a game that ended in a 3-3 draw.

“We didn’t play to our level the first half and went down 3-0. (In the) second half we turned it around and played like we know how and came back and tied it up,” says head coach Kelsey Birkofer.

After this draw the Eagles are now 4-2-1 heading into their first league game at home against the Sandy Pioneers at 7pm on Thursday.

The team hopes to have a strong league record to eventually secure the playoffs.