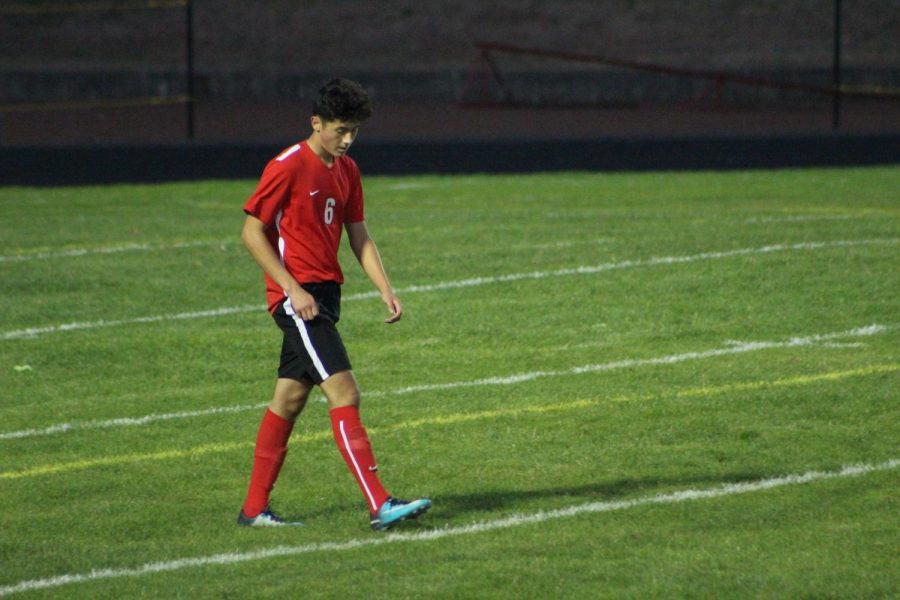 Joseph Banut (number 6) walks to the other side of the field. The boys soccer team faces the Oregon City Pioneers tonight at home.

The boys soccer team fresh off a 2-1 win away at Wilson on Tuesday night, eagerly await an away game against the Oregon City Pioneers tonight at home at 7pm.

Eagles hope to improve their record with a win;  they are now 4-2-1 going into their last non-league match.

“Wilson was our toughest opponent yet.  Everyone was involved with the game the players, coaches, even the fans. Luckily our offense found the back of the net twice giving us a good lead for the win,” said goalkeeper Gabriel Jaramillo LS.

“At halftime, I told the boys that this was the most even team we had played thus far. Tonight’s game is going to come down to heart.  What team wants it bad enough will prevail,” said Head Coach Todd Saks.