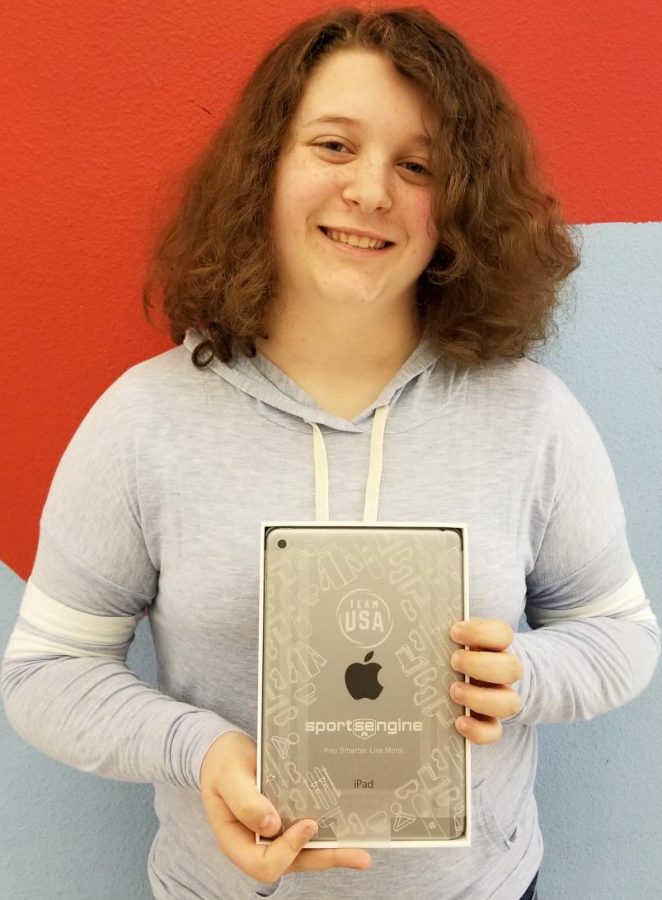 Madison Sternoff holds her prize for the Olympics challenge. Sternoff was surprised on how she placed in the challenge.

Last month, ninth grader Madison Sternoff took part in a national competition to predict the outcome of the Winter Olympics.

Sternoff placed second in the nation out of tens of thousands of students and was one of only three students to outpredict.

“Yeah, it was exciting. It was surprising and unexpected,” said Sternoff.

Sternoff was honored with a Team USA Winter Olympics iPad from SportsEngine!