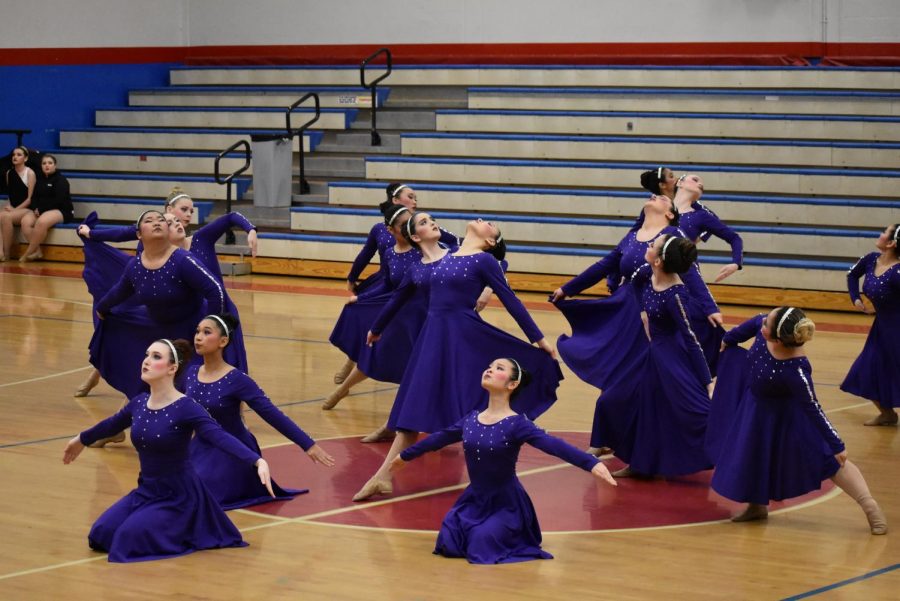 The HI-C's doing their routine at the Metro dance competition. Many dance team members placed in exhibition.

The Metro Dance Festival and Competition took place on Saturday, March 3 at CHS and rooms, gyms, and the cafeteria buzzed with activity. The different rounds were at 11 and 3 pm.

The Centennial Hi-C’s dance team did exhibition, and the members who placed include Hailey Rosenblad and Kayla Rattana, who placed in the Top Ten Novice Drill Down and Maddy Kalas, who placed fourth in Advanced Drill Down.

Out of all the 4A and 5A teams, the team that placed first was Pendleton, and Milwaukee placed second. As far as the 8 6A teams, Lake Oswego won first place, and Sherwood won second place.

“We have been practicing very hard and are getting ready for our State Competition,” declared dance coach Annie Ellett via email.

The state competition was held on Friday, March 16 at the Memorial Coliseum, and Centennial performed at 6:13 pm against the 23 other 6A teams. The Talon will post the results of state the week of April 2.