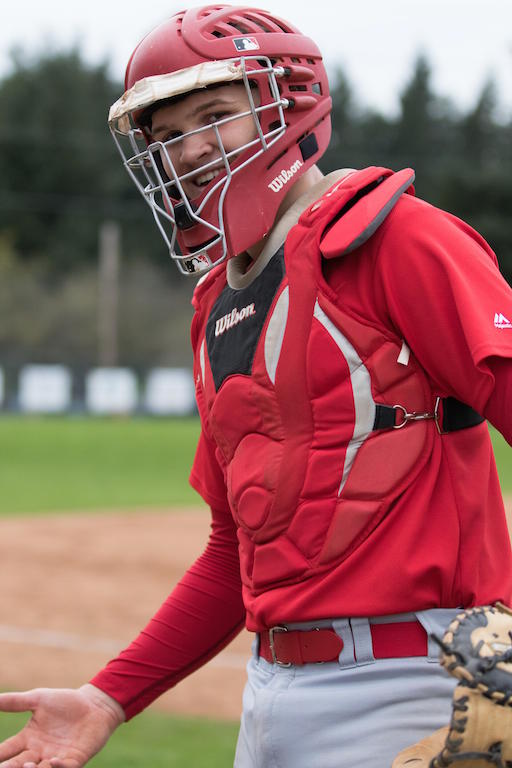 Along with losing a lot of players to graduation last year the Eagles also lost coach Kevin Christie, who led them to a playoff win last season. Despite the loss of Christie the Eagles hired Eric Fogle who coached at Southern Oregon University.  When Fogle was asked why he took the job he said, “I’m a Centennial grad, I love baseball and it was the right time to come back to the community.”

The main goal that Fogle has set for the team so far is to be competitive in every game and as a team to become a tight knit group while having a great experience. Fogle officially took the coaching gig in early January and has since spent around 40-50 hours with the team in preparation for their season.

In the short time that Fogle has spent with the team he believes that “Our best strength as a team right now is that we’re a close knit group that’s very humble and it’s very rare to have that at this level.” The Eagles will need to use their camaraderie and togetherness to help them persevere through a season that is going to be a tough one.

This year the Mount Hood Conference is going to be very tough with many teams returning starters from last season. The toughest opponent by far the Eagles will have to face in the MHCC Conference will be Clackamas. Clackamas is returning most of their starters from a team that won the state title last year. Gresham, Oregon City and Central Catholic will be no slouches either.