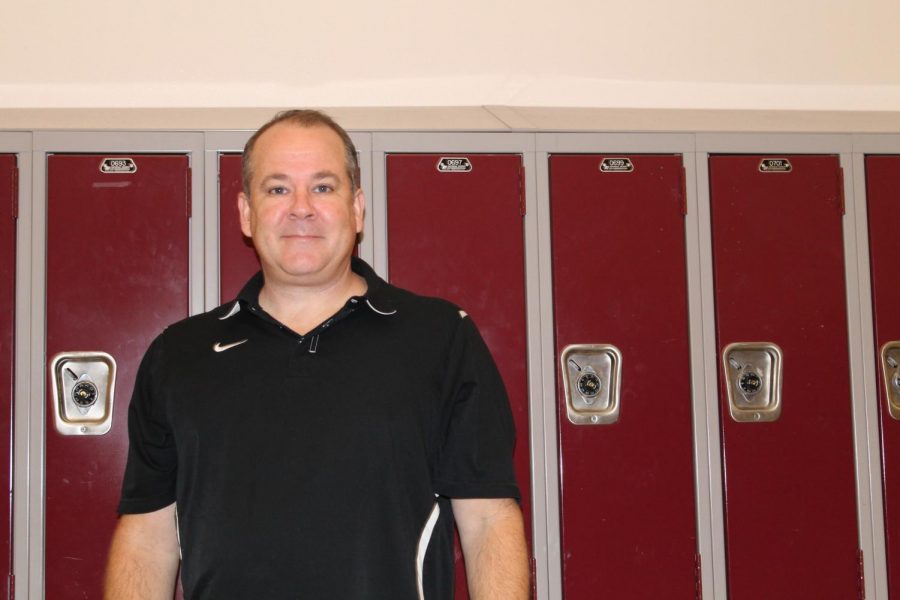 After several years away, a familiar face is returning to the Eagles sideline as the boys basketball coach.

John Poetsch had coached Centennial from 1999-2011 and Reynolds
from 2011-2013.  But now he’s back in familiar territory as he takes over the Eagles for a  second time.

He has compiled 196 career wins at the two schools.

“It’s always busy,” Poetsch said.
“Teaching is a full-time job and coaching is another full-time job.  It definitely makes for having to be very
efficient with your time.”

Poetsch feels he will have kids who are driven, hardworking, and
coachable. “I’m looking forward to being back in the gym with guys who are
passionate about their sport,” he said.

The first home game is December 1 versus Madison.

Teacher Jeff Stanek returns to Eagles for the third time after running the program at  Sandy for the past two years.

Stanek said, “I am pleasantly surprised at how things have gone so far.  I think the kids  are coachable and talented. We will move forward very quickly.”  The Eagles were 8-28 over the past two seasons and only won one league game.

The first home game is November 29 versus The Dalles.