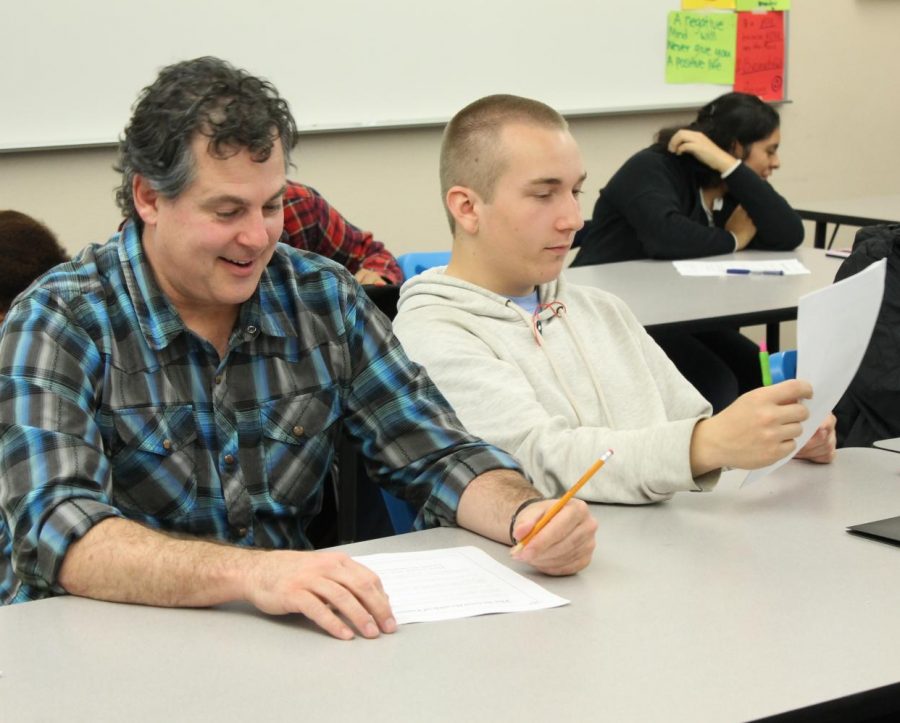 Michael Grubar shadows student Brian Koll. Grubar said he learned a lot from his day with a student.

Michael Grubar received the opportunity to shadow a student for an entire day and picked senior Brian Koll.

Grubar got the lowdown of what it’s really like to be a Centennial student- the good, bad, and everything in between.

Grubar’s favorite class was health because it was fun and had good class interaction, he said.

The best part of his day was during lunch when he got to hang out with students he’s never gotten the chance to talk to before, and “hearing some of the tales.”

Grubar said that it sure can be, “Tiring going from class to class, especially classes that aren’t similar.”

From his personal background of being in a hands-on class where you do most of the work yourself, Grubar learned it can be hard sitting behind a desk all day.

He learned why most students go on their phones during class.  He said,”(They feel) drained with info and bombarded. Every hour they have to switch gears.

Starting off in Spanish class, ‘oh now I’m in math, and now English.’ You can kind of understand the craziness of the day.”

The day was an overall good experience and very enlightening, he said. He saw things that can potentially be improved on were brought out well within his day as well as what the school is doing right.