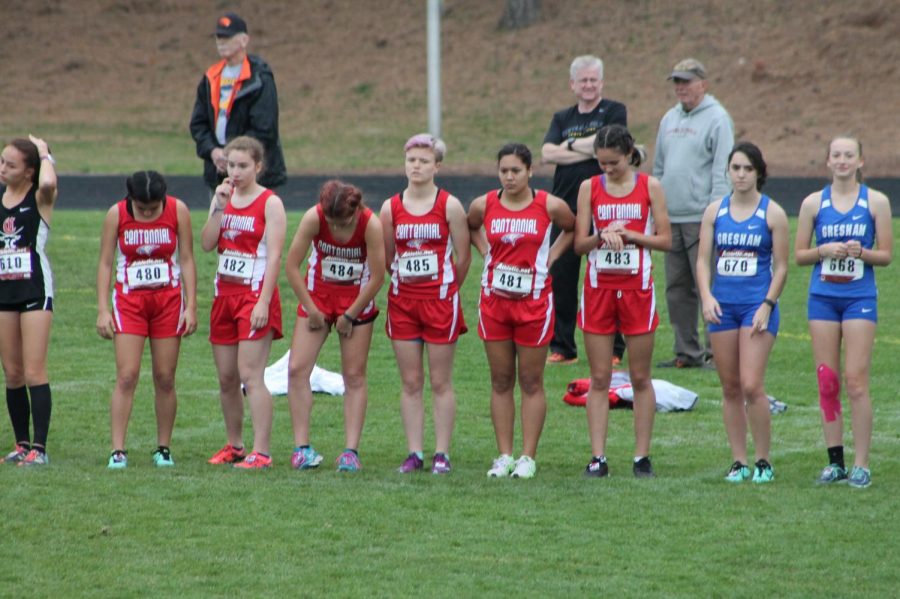 The cross country season came to an end with no runner, for the second straight year, qualifying for state after a fairly long streak of people going to state. What was a “major learning experience” for the girl runners, ended up being a “positive adventure,” describes Head Coach Greg Letts.

The top three runners for the boys battled injuries throughout the year as well as athletes failing to show up to workouts played a steady role in a down year. The boys top five runners from the Mt. Hood Conference Championship were Jason DeLeon with a time of 17:40.04 followed by Adrian Garcia-Dena, John Gurney, Cole Melvin and Sigurd Kirsebom.

Finishing for the girls was Esthefany Campos Gomez with a time of 22:19.22 followed by Emily Spain, Maddie McHone, Vanessa Garcia, Casey Spencer and Cassidy Huffman.

DeLeon states, “This sport isn’t for everyone,” after emerging as one of the Eagles top runners as a first-year sophomore runner.

Letts said, “We need to restructure the whole program and change the culture of running at Centennial.”  There was only 6 runners on the girls side total. “We need to convince kids to try the sport,” adds Letts.