Football Bounces Back Against Douglas, Plays at Central Tonight 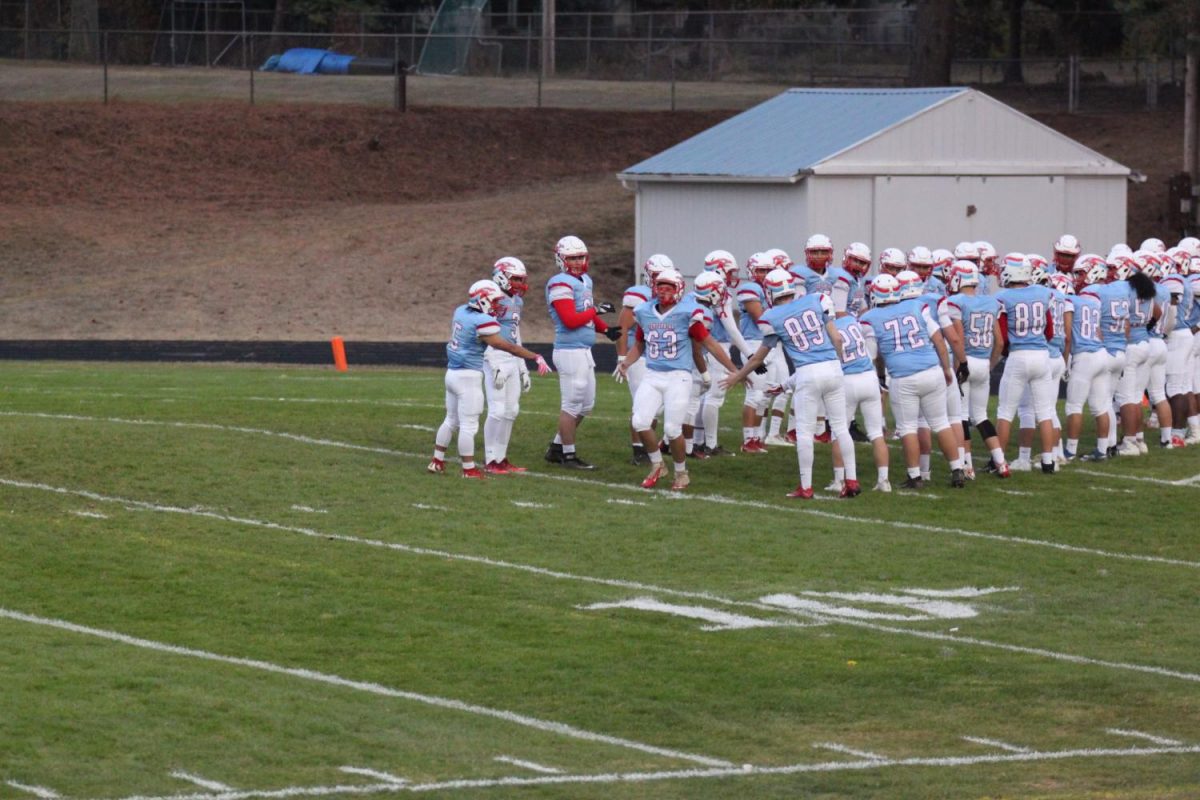 The Eagle football team came out on top last week defeating the David Douglas Scots 27-20. “It felt great getting back on winning track,” stated head Coach Chris Knudsen. The Eagle defense applied heavy pressure and forced the Scots to negative rushing yards throughout the whole game.

The Eagles however still need to take care of the ball better offensively in order to put up more points.  But maybe that has started as the Douglas game the offense controlling the ball for the final five minutes to end the game in victory formation.

“Our focus is now on Central,” explained Knudsen as the team will be facing off the Central Catholic Rams tonight.  Central is one of the top teams in the state of Oregon. The Eagles defeated the Rams last year 46-36; however this is a new year and a different team. The frustration of the Rams creating an “all-star team,” emphasised Knudsen, by recruiting players unlike other high schools has been a major key in their success in their sports programs over the years.

Knudsen explains the keys to the game saying, “We need to play physical.” The great amount of seniors that graduated left a young and learning team. Knudsen expresses, “One of these days we’re going to be a good football team, whether it’s week 4 or week 6.”