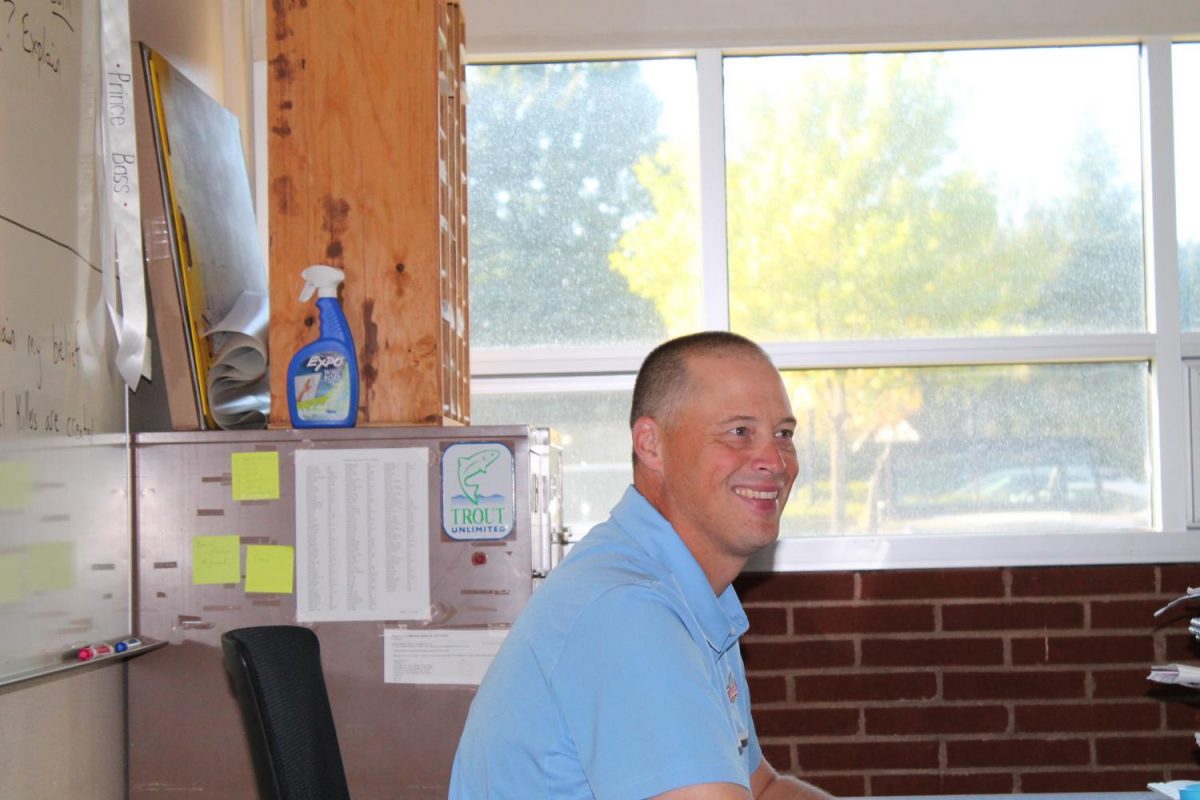 The High Flyer Award shows a way to say thank you to CHS staff members for doing a great job in the CHS community.  It recognizes those who go “above and beyond” the call of duty.

There are two winners for each month and whoever wins the award gets to keep the Eagle statue for the month, then nominates the next winner.

Late last year the rules changed so that one award is now presented by a student; the other is still nominated by the previous staff member who won it.

Principal Mairi Scott-Aguirre said, “We wanted students to have a voice.”

The most recent winner of the high flyer award was Anne Haverkamp; she will nominate the next recipient at the next faculty meeting.

Anna Cirbo (Presented by Lorrie McKedy) When I asked Anna Cirbo what the award meant to her she said, “Nice to be recognized by people who appreciate you, Go Broncos!”

Presenter – Wanda Moore (given to Stephanie Core and Tami Burton)