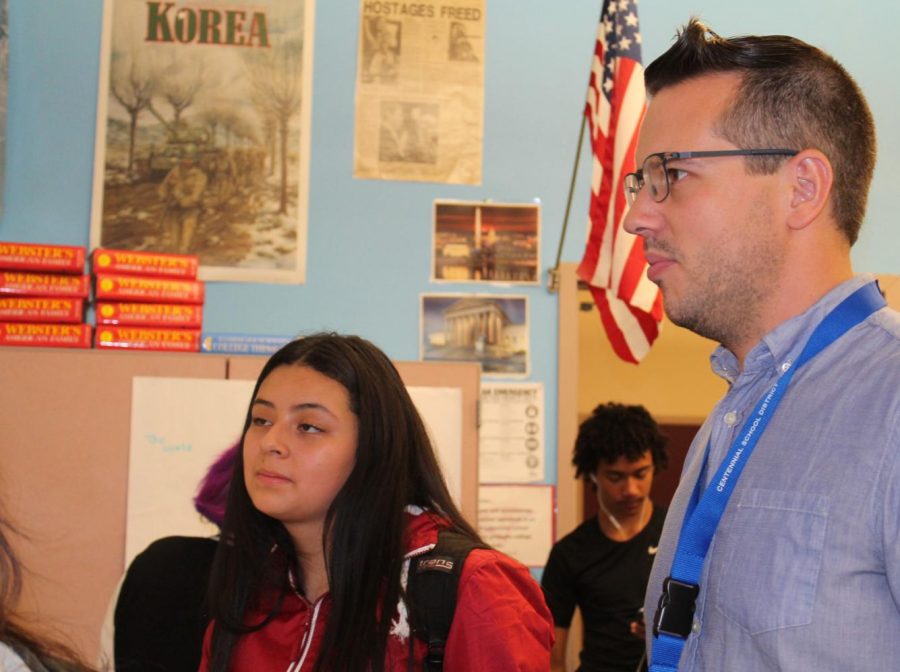 Philip Clarke works with a student in his classroom earlier in the year. Clarke has been married for five years.

Philip Clarke is passionate about social studies because it teaches the students life skills which they can apply later on in life in their chosen careers. He is very glad to be one of the newest additions to the social studies department.

This is Clarke’s first official year teaching, other than teaching at David Douglas for half a year in early 2017 and teaching summer school. He moved to Oregon in 2011 after spending six months in Hawaii. Wanting a change of scenery played a huge role in the move, but likewise he heard wonderful things about Portland.

He is married and has two kids in addition to being the owner of one dog and two cats.

While having a love for teaching, Clarke also enjoys cooking, gardening, exploring different places, and being involved in the English game Cricket.

Clarke stated, “I was excited about the school’s missions.”

He continued, “Having taught summer school, I was excited to work with these kids again!”