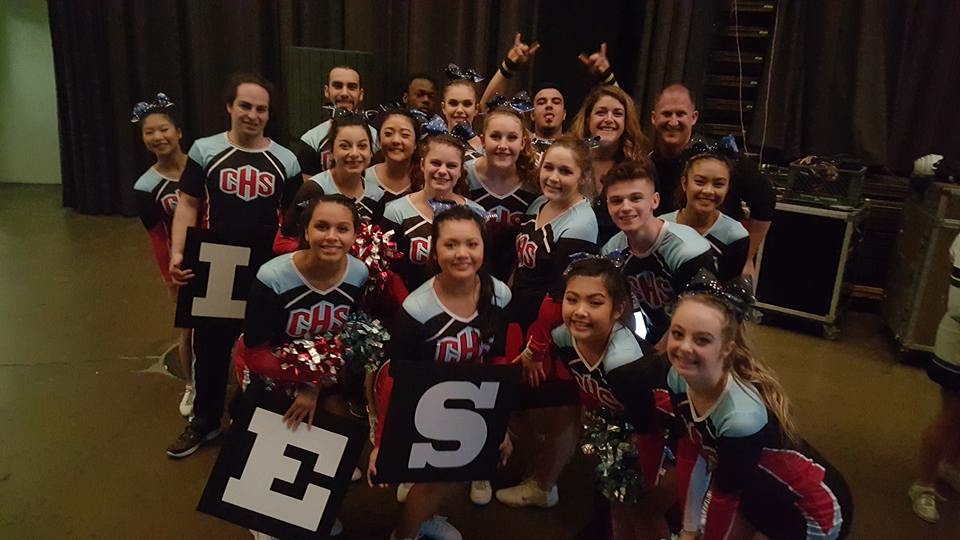 The cheerleaders once again had another phenomenal season this year.   During comp season they placed 3rd, 2nd, and 1st twice.  They ended the season placing 5th at state in the large-coed division.

Head coach Carly Hendrick resigned from her position after coaching varsity for five seasons.  Hendrick has brought a lot to cheer program during the years she coached here.  Before she began coaching, Centennial did not participate in competitive cheer.

Now, Centennial is one of the best competitive high school teams in the state. The last three seasons, the varsity team has been placing top five in the state.

During the 2015-2016 season,  Hendrick coached one of the best cheerleading season Centennial has ever had.  For the first time ever, Centennial Cheer competed at nationals in Anaheim placing 10th in the nation.

“To all of my kids that I know are the hardest working athletes around your true stars and will forever hold a special place in my heart.  I will miss the smiles, the tears, the jokes, but most of all I´m going to miss watching you all turn into incredible young adults.  Keep working hard.  Iĺl be there when I can to cheer you on,” said Hendrick, in her facebook post announcing her decision on resigning.

The cheer team is still looking for experienced people to take Hendrick’s position as head coach.  Amanda Asp will be taking over summer practices until they find a new coach.

Tryouts for the 2017-2018 season were two weeks ago.   Below are the cheerleaders who made the varsity team for next year: