The Centennial Talon • May 26, 2017 • https://chstalon.com/4425/past-articles/baseball-season-ends-with-battle-at-gresham/ 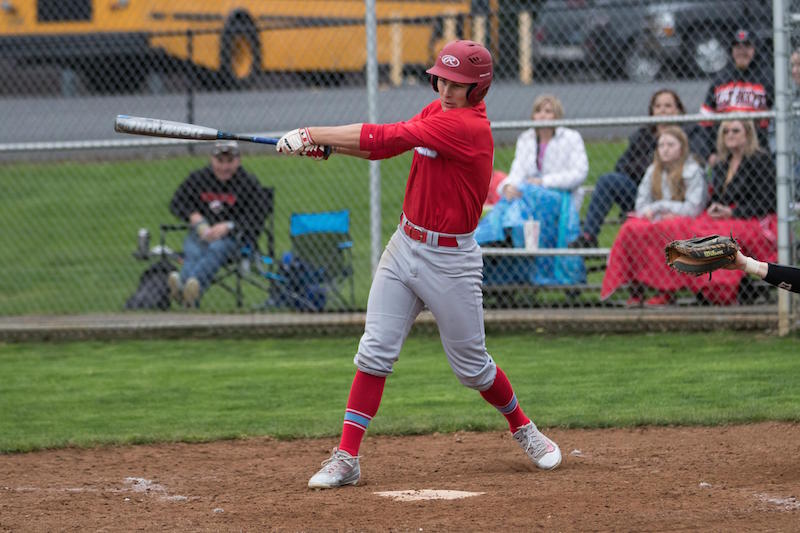 Senior Dawson Day. Day was named MHC player-of-the-year and 1st team All State as an outfielder.

The baseball team had their season ended 4-2 at the hands of Gresham in the second round of the state playoffs. The Eagles had the bases loaded in the 7th inning but were not able to capitalize on their opportunity and put runs up on the board.

Coach Kevin Christie feels like the team “Competed their tails off,” in coming up just short.

Despite the loss the team a very successful season advancing into the second round of the state playoffs for the first time in six Years. Christie was “very happy with the way the season went.”

The Eagles ended the season with a record of 13-16 while finishing 11-6 in the Mount Hood Conference, earning 3rd place.

The Eagles started off the season rough only winning two out of the first eleven games.  After that tough stretch the team then turned it around and beat #1 ranked Clackamas at the time by a score of 1-0. Dawson Day, the MHC Player-of-the-Year pitched a shutout and the Eagles picked up their best win of the season.

After the Clackamas game the team went on to win the eleven out of the next eighteen games to close out the season being ranked 24th in the state. “We had an awesome season full of great memories,” said Christie.

The Eagles had numerous players named to All State and All Conference teams. Dawson Day earned 1st team MHC Outfield and Pitcher, MHC Player-of-the-year, and 1st team All State Outfielder.

Other team awards went to:

Even though the Eagles will lose seven seniors they will be returning 10 varsity players for next season with nine of them being juniors and one freshman.

Christie believes that the goals for the future should be to, “Win league championships and compete for State.”