The Centennial Talon • May 4, 2017 • https://chstalon.com/4287/past-articles/watts-provides-opportunity-for-students-to-build-their-own-mini-bike/

Watts Provides Opportunity For Students To Build Their Own Mini Bike 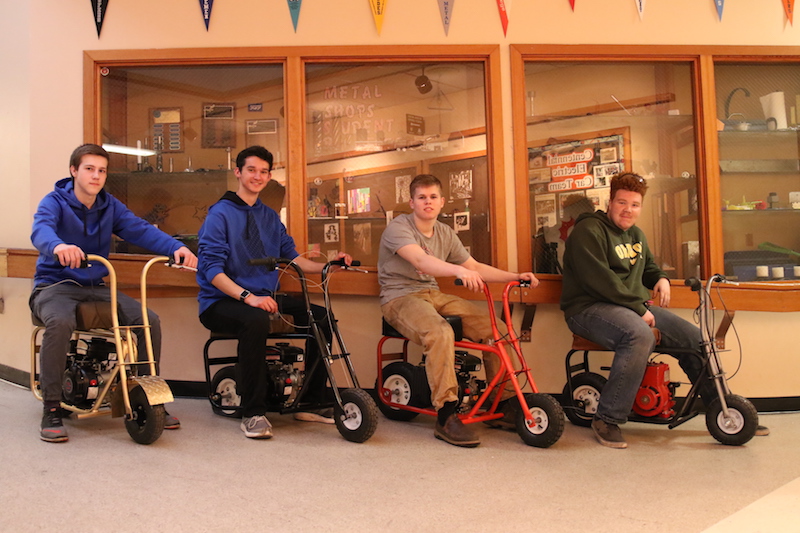 After CHS dropped their automotive class in the 1980’s, students who were interested in things of that nature were, for the most part, out of luck.

They had no way to learn new skills in the mechanic industrial arts. Metals teacher Mark Watts decided to fix that problem as best he could by allowing students to embrace their interests in the field by creating an unofficial “mini bike” club.

The group meets every Tuesday evening.

Mini bikes are like motorcycles with a compact frame and a 3 horsepower engine.

“It’s fun. It’s awesome,” says Dakota Dewolf, a student involved in the program. “It takes about a month and a half (to build a bike). The hardest part is lining the chain up so that it doesn’t pop off”. The mini bike program happens every year, and is perfect for anyone who wants to get their feet wet in the automotive field.