Martine Rolls to Her Own Beat 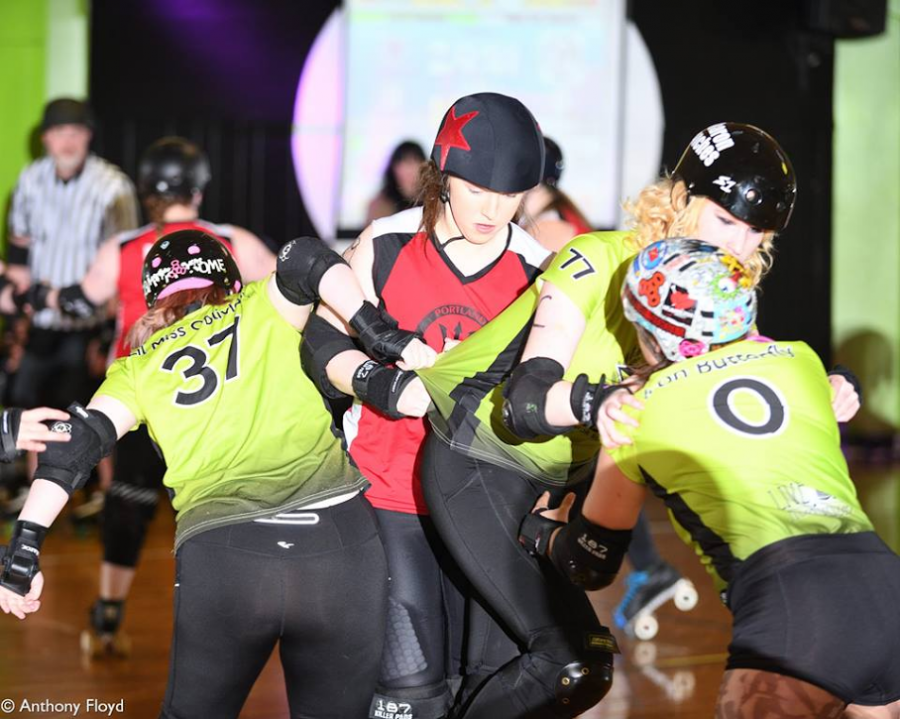 Sophomore Martine is not afraid of rough play.

You can’t judge a book by its cover. many of the people we see every day have lives outside of school that are the last thing you would expect. Much is the case with Maggie Martine.

Martine is a sophomore with an average school life, but sort of a “secret identity.”  She has competed in inline skating and roller derby since she was 7-years-old.

Inline skating is basically racing on blades on a wood floor. Roller derby is rugby on wheels that involves physical skating in teams where body checks and elbows are common. These are very intense sports and take loads of dedication and focus.

Martine wakes up at 4 am and goes to either Sherwood, Oregon or Vancouver, Washington several times a week.  Thats a long commute for an early morning practice, but that’s not the end of her training.   After school Martine goes to Gresham Skate World to further her training.

At the end of all this sacrifice is her goal to become an Olympian.  Martini lives by the words “Every day is leg day,” which is understandable due to the lower body demands of her sports.

Martine says “Any day you’re not working is a day that your opponents are.”