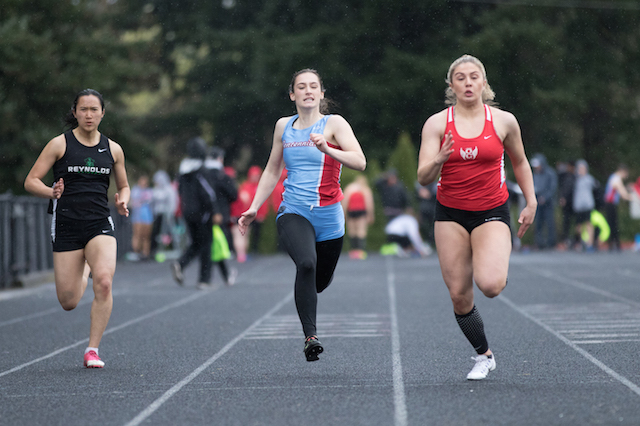 Track is off to a fast start with 130 participants.  The boys record is 2-4 and the girls are 4-0.  Here are some of the highlights for the season so far:

The All-Time Frosh Boys School Record for the 100m was set by Jimmy Barton when he placed first in the last meet against Clackamas and Central Catholic in the Varsity Boys 100m with a time of 11:23.  Barton broke a 50-year-old freshman school record that was previously set in 1967 by Steve Daiber.

Here are the 12 athletes including the girls relay team ranked in the top 10 in the State in their respective events.

Maddie McHone, sophomore, is ranked 4th in State Girls High Jump 5’3″ and ranked 10th in State 300m Intermediate Hurdles with a time of 49:10.