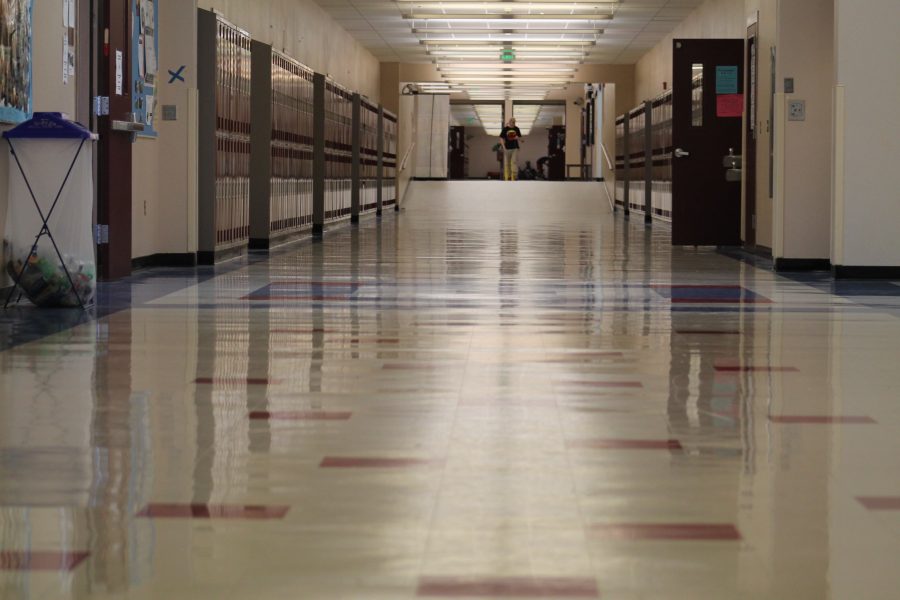 Administrators have developed a 10/10 plan to keep the hallways clear.

CHS staff members  brought the increasing amount of tardies and students hanging out in the hallways during class to the attention of Principal Mairi Scott-Aguirre.  To help address the problem and hopes to improve student attendance, the principal has decided to enforce the 10/10 policy at CHS.

The rule has been enforced at previous schools that she has worked with and the outcome has always been positive.  Scott-Aguirre said, “The halls do seem to be clearer with the 10/10 rule,” and she doesn’t see a time in the future that the rule would need to be removed or adjusted.

In a way, she believes that the rule is helping students prepare for later in life.  “When students go on in education… most of the time… you can’t leave to go to the bathroom,” a lot of things will need to be done before or after work/class and as they get older, it should be the student’s responsibility to get them done without interrupting anything important.

-Students should not leave class during the first and last 10 minutes of class so that they get to class on time and stay in class until the bell rings.

-The first uninterrupted 10 minutes of class should be used to instruct the students on what needs to be done during class while the last 10 minutes are left so that students aren’t leaving class early and milling around the halls.

-The only exceptions for breaking the 10/10 rule are if a student is going to have an accident, has to leave class for an emergency, or needs to take an important phone call, if there is no emergency then the student should not be leaving the classroom.

CHS is enforcing this rule by increasing staff presence in the halls during the five minute passing time that students have between classes.