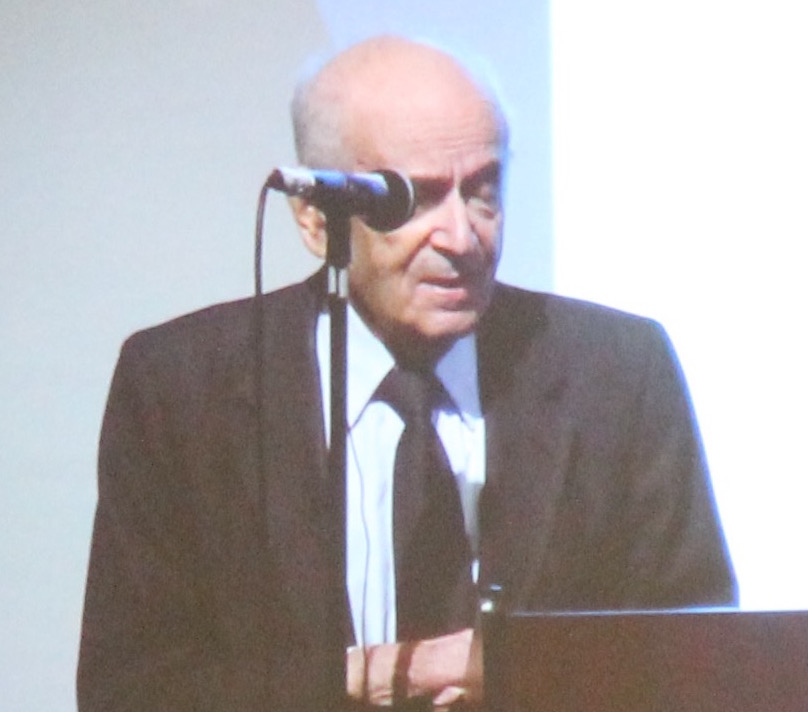 Alter Weiner speaks about his experience surviving the holocaust.

As one of the few living survivors of that horrendous ordeal, Wiener has shared his life story with 964 different audiences in Oregon and Washington.

As Wiener approached the stage, he noted that talking about his story was not easy physically or emotionally. He lived on his own for many years as he realized that the majority of people are not able to comprehend or believe the Holocaust events. His own children had difficulty accepting what he had told them, so Weiner eventually decided to not talk about it until he came to Oregon and was approached by the Oregon Holocaust Resource Center.

Wiener was very hesitant when they had asked him to share his story. He had an accent–his English is not perfect–but he gave it a chance.

Wiener’s first presentation was at Century High School in Hillsboro. Within a week he received about 100 letters from the students, saying “Mr. Wiener, you changed my life!,” and,  “You saved my life!,” and, “You made me appreciate my country, my school and my parents!”

He then realized he was doing something important. And that is why he shares his story.

At 18 ½ years old, Wiener weighed 80 pounds. Skin and bones. In fact, the Russian doctors who liberated him and gave Wiener a physical in 1945, said that if he were to live two more years it would be a miracle. Wiener was sick for many years after the war. He couldn’t digest anything. Anything that he ate, came back up but somehow he changed his diet and other things and he is still here today.

Only one picture is left for him of his childhood because at one point, the Germans stripped him naked and took away everything he had. To this day, Wiener has no birth certificate.

Wiener comes from a little town in Poland, Chrzanow. He didn’t have the conveniences that people take for granted today which makes him more appreciative and grateful for what he has as the years go by. Every weekend, Wiener had to walk 1 ½ miles in order to see his grandparents for a simple hello.

Wiener says, “ They never gave me a toy or game, they couldn’t afford it. But it was my responsibility to show them my respect. My love.”

On New Year’s Eve, he had to knock on 24 doors in his building and wish everyone a Happy New Year, Wieners says.  “ It was my responsibility.”

At their supper table, they often had a homeless person. Sometimes there were three, four, and they were brought up to respect those homeless people, calling them their guests. 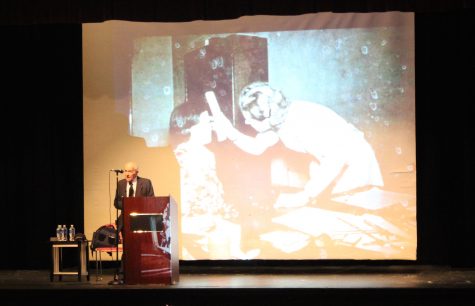 In the morning Wiener attended public school and in the afternoon a religious school, six days a  week.

And all of this, his normal life, came to an end on September 1, 1939 when the German Army invaded Poland. Chrzanow, is very close to the German border and many people began to flee hoping that somehow the Germans would not succeed to take over the entire country of Poland.  But 37 million people, “How do you flee?

“Nobody in my town had a car!” Wiener says. In order to get away, people took personal belongings on their back and walked into the interior of Poland. Those who could afford it, hired coachmen with a horse drawn wagon and tried to get away from the border. That is when Wiener’s father died. Wiener, his step-mother (his mother died when he was 4 years old), his older brother and his younger brother boarded the wagon.

The Polish Retreating Army ordered Wiener’s father to stay put because they needed the groceries from his business. He could not join his family in escaping. 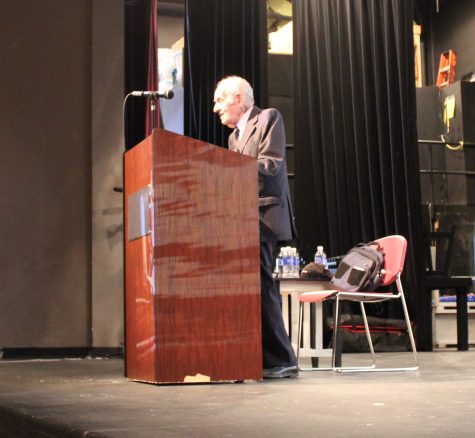 “We managed to escape about 40 miles,” Wiener says.  But he never saw his father again.

When they reached the hometown of his stepmother, the Germans had caught up with them. The Polish army was no match to the mighty German forces and in a very short time, Poland was occupied.

For three months they could not get home. Eventually, when they did get home, there father was not there. Anybody that was asked, nobody knew what had happened to Mr. Wiener.

Wiener had no intention in writing a book. He felt as if he wasn’t qualified to write a book until an older gentleman from a church in Vancouver approached him with tears in his eyes, saying “Mr. Wiener, I heard your story. Please promise me in front of the church that you are going to put your story in print. Do it for my children and for my grandchildren.”

Wiener’s book, “From A Name To A Number,” was well received.  Wiener received an Honorary Bachelor’s Degree from Warner Pacific College and an Honorary Law Degree from Lewis and Clark Law School. The Daughters of The American Revolution, awarded him with the Prestigious Americanism Medal.

He speaks at a variety of venues including universities, schools, churches, temples, prisons, companies and book clubs.