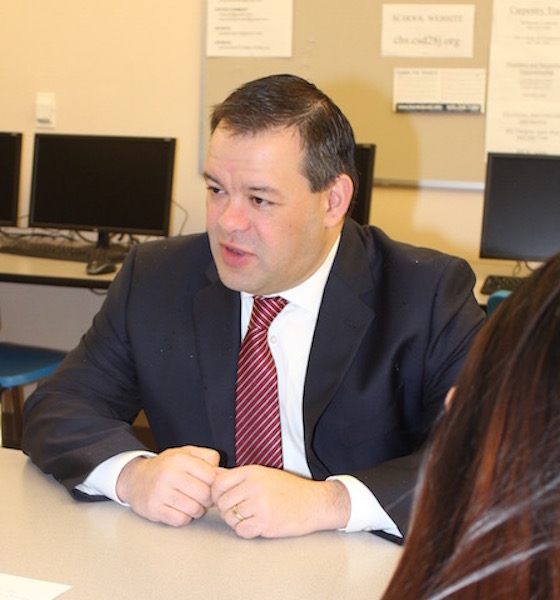 Breyer started his career in education and was a teacher for seven years at East Gresham Elementary, then he became a Principal at Butler Creek Elementary before landing as superintendent for the Centennial School district.

The MESD provides service for the districts in this area.  There are 19 such facilitates in Oregon.

Breyer said he was intrigued by the MESD position because it allows him to make an impact on a large number of students.  The MESD serves more than 100,000 students.  He was also interested in MESD because they help solve problems in our community.

He said his biggest successes in his time at Centennial has been in hiring staff members.  “There are fabulous staffs around the district,” and he enjoys building strong relationships with them.

At his time at Centennial the thing that frustrates him the most is nothing about the school district itself but centers around school finance.  He said Centennial  is always having to do everything it can with every dollar because there aren’t enough resources for him to do the things that are needed to be done.

Breyer said his new job won’t affect what he has going on at the Centennial School District.  “It doesn’t affect the district because we have the right people in the district to carry it forward.”