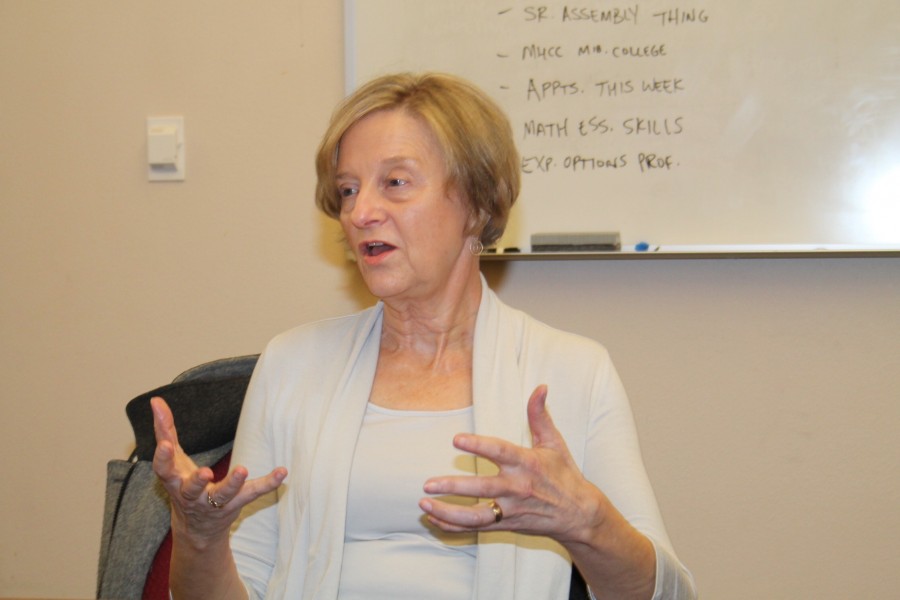 Cheryl Williamson is retiring after 25 years in the district.

After 25 years of working in the district at Centennial, and 11 years positioned as a Curriculum Director this will be the last year for Cheryl Williamson as she is retiring. Being a Curriculum Director she manages what students throughout the district have to learn to meet the state’s educational requirements. She began the position in the fall of 2005 and ever since she enjoyed it very much. Williamson said, “It wasn’t anything I thought I was going to be. It was just as I continued to do work I felt like this was the best position I could make more of a difference.” The biggest changes she saw in Centennial was the English and Math common core standards. The standards are now more internationally aligned so that Centennial can meet the same high level of learning like other countries.

Before working for Centennial, Williamson taught in the Boring (now Sandy) district. She also has spent 6 years in the Alaska Bush teaching all grades and ages English. She said her greatest accomplishments were getting curriculums aligned in many different subjects, and working with teachers and administrators to establish a collaborative working environment.

“I’ve been in education for 33 or even more years, and I just feel like it’s time to move on and let someone else come in,” said Williamson as her reason for retirement. Her favorite part of being a curriculum director was working with staffs and teachers Williamson stated “I really enjoyed pulling in teachers to work together and figure out what the curriculum was going to be.” Her plans after retiring include lots of traveling and working around her house. In addition she has one son who is married, and enjoys quality time with her family/friends especially playing cards for fun and eating out.

Principal Scott-Aguirre said, “She’s been in the district for awhile now and she will definitely be missed. It’s upsetting but also a chance for new opportunities and also different directions in curriculum. Overall she’s hard working, and very knowledgeable. A great curriculum director.”