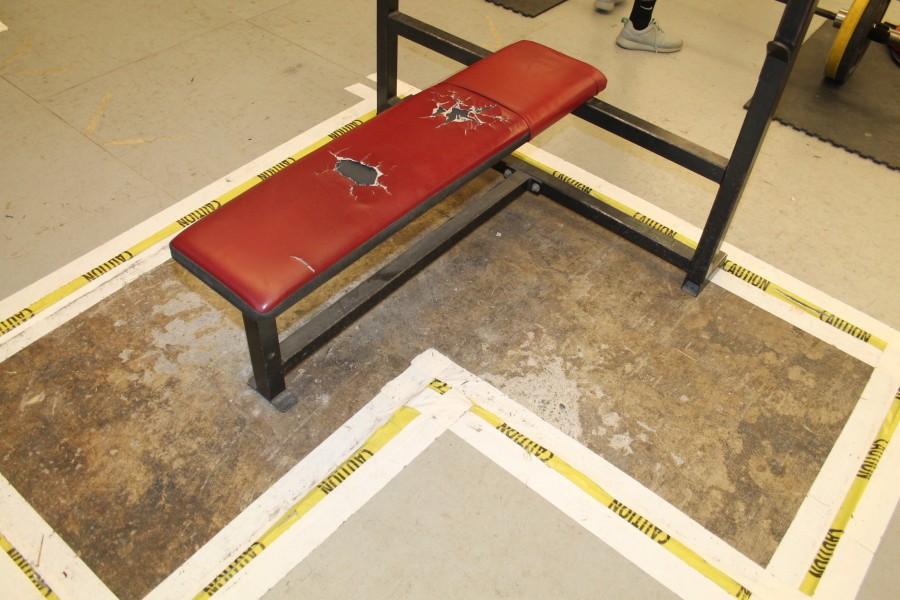 A small look at one bench in the weight room.

For several months now the tiles in the weight room have began coming up, all the floor tiles that have been connected  is starting to bubble up. This is already become a major issue because the protruding tiles are causing students to trip which is a safety hazard.

Weightlifting teacher Luke Franzke has removed some tiles and added tape to make it easier for kids to walk on. Frankze said, “We’re trying to make it less of a safety issue but it is still really bad.” alsp

It’s very dangerous because kids who may be carrying weights might accidentally trip and hurt themselves. The floors were supposed to be fixed by winter break but they still haven’t gotten to it yet.  Franzke said the district office had made many calls but they don’t have a set date of when it will actually be fixed. Frankze said, “It’s just a very frustrating time.”