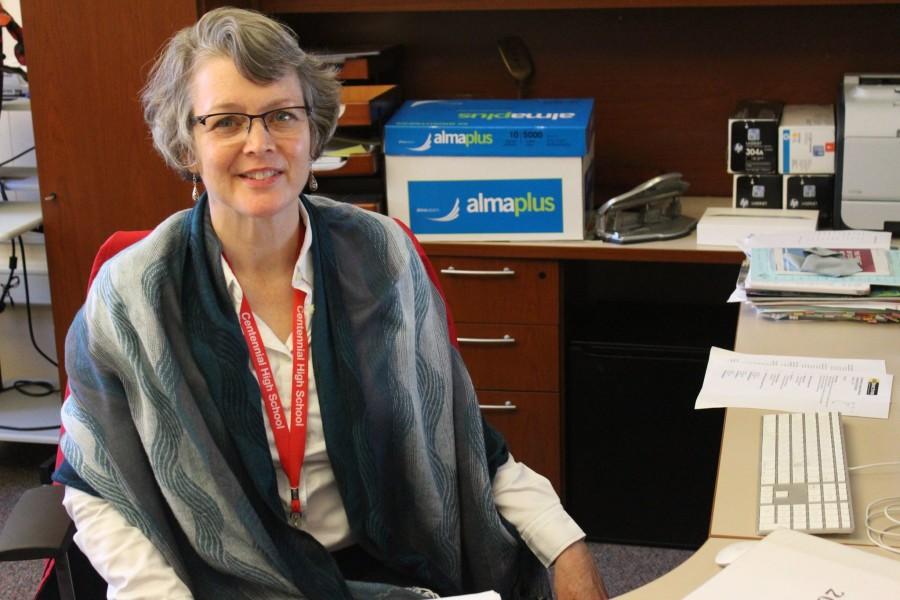 Principal Mairi Scott-Aguirre has had an exciting start to her first year at Centennial.

We’ve all had that moment in our lives when we experienced something that we knew would change the course of our lives. That moment for principal Mairi Scott-Aguirre was when she was coaching a swim team in college. “My first time teaching them was the best time of my life,” said Scott-Aguirre. Her love for coaching led her to become a part of the teaching industry because she enjoyed being around her students.

While coaching, she majored in chemistry at Hamilton college in New York. Scott-Aguirre said, “I wouldn’t have pictured myself as a teacher” she had always thought she would have been involved in science or in the medical field. Until she realized how much she loved having a special connection with students. After working in a behavioral intervention with kindergartners, Scott-Aguirre immediately decided to be an administrator. She then knew she wanted to become a principal at some point. Previously, she was a dean of students for Liberty and an assistant principal at Reynolds High School. But after she had heard Centennial was having an opening position she was all in. Scott-Aguirre said “I really liked the reputation, culture, and diversity of the school.”

Scott-Aguirre has many goals for this school such as; raising math scores, and getting the bilingual seal. The bilingual seal is a stamp on a high school diploma that shows the recognition of students who’ve studied more than one language. She is very motivated to get the bilingual seal, because she is also bilingual and understands how hard it is to speak other languages. “All bilingual students are so valuable and need to be more appreciated and recognized” she disclaimed.

Many teachers and students who’ve met Scott-Aguirre are impressed “I love her positive presence” said by English teacher Kathryn Holk.

Principal Scott-Aguirre declared “the most rewarding thing about being a principal for Centennial is the amazing relationships I build with the students and staff members.”