Time Will Tell How Amy Coney Barrett’s Appointment Works Out 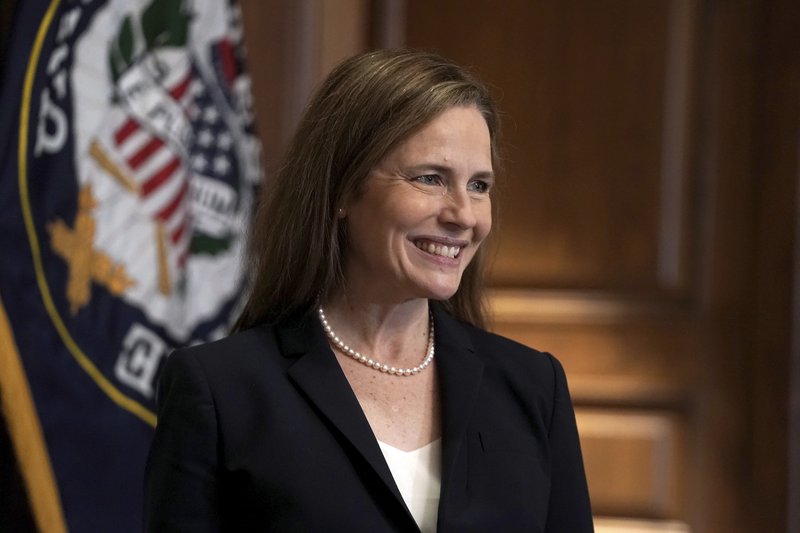 Days before her passing, it is reported that she stated her biggest fear at the time was that she, “[would] not be replaced until a new president is installed”.

Eight days after her death, President Donald Trump nominated Amy Coney Barrett to fill in the remaining seat in the Supreme Court, making it his third Supreme Court nomination as president while also continuing his streak of appointing Republicans for the bench.

Born in January 1972, Barrett came from a Catholic family. After graduating from an all-girls Roman Catholic high school, she attended Rhodes College in Memphis Tennessee, a smaller-scale school liberal institution with an average ratio of 1:10 in students to teachers.

During her education at Notre Dame, she met her soon to be husband Jesse M. Barrett- and got married a couple years later in 1999.

Although Barrett has been making rounds in the news recently, Trump nominated her in 2017 for a position in The United States Court of Appeals for the Seventh circuit- a federal court overruling decisions in all districts located in Illinois, Wisconsin, and Indiana.

President Trump even had plans to nominate her for the Supreme Court dating back to March of 2019. He cited that the main reason he didn’t nominate her following the retirement of Anthony Kennedy was because he was, “saving her for Ginsburg.”

Despite the fact that Barrett has only been a part of the federal court for a little over three years, she’s made an impactful influence on her court rulings and decisions she’s made since then.

McCottrell v. White for instance was a case in which she assumed the role of dissent. In this case two imprisoned men (McCotrell) were severely injured after prison officers (White) rashly and carelessly shot into a crowd of people while trying to target two other imprisoned men.

Despite the fact that both of the victims claimed that the fight ended long before the shooting started, and surveillance footage was provided, Barrett insisted that there wasn’t enough evidence provided. Thus, White won the case due to Barrett’s reasoning and influence on the appeal court.

U.S. v. Watson was another case Barrett worked one, stating that a man named David Watson was sitting in a car with three other individuals, when a witness in a McDonald’s across the street stated that “boys” were “playing with guns. Although Watson’s car was found to have contained firearms, Barrett concluded that the initial claim by the witness was not enough evidence to conclude Watson as guilty, sorting this situation as falling on the wrong side of the Fourth Amendment- ultimately lifting Watson’s conviction and leaving it untouched thereafter.

Like any judge, whether it be Supreme Court or District Court, Amy Coney Barrett has diverse views and opinions on problems going on in today’s world. Only time will tell what her role as Supreme Court Justice will bring to citizens of the United States.