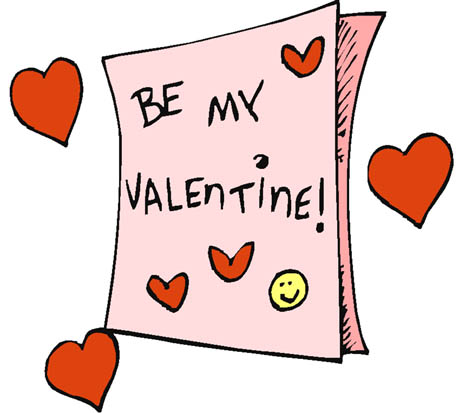 The following information has been taken from the websites: History.com, MadMonarchist.blogspot.com, and KhanAcademy.org.

Our beloved Valentine’s Day began around the time of the Roman Empire.  This day of love that we celebrate actually has a very grey history. No one is entirely sure of how it came to be but there are two definite and popular beliefs.

The first belief is that during the rule of Emperors Claudius the second, marriage was outlawed.  It was in order to keep men focused on being soldiers and fighting for Rome rather than be tied down to their family and loved ones.  However, a certain priest carrying the name St. Valentine, found great “injustice [in] the decree”  and carried on marrying young couples in secret.  He was eventually discovered and ordered to be put to death by Claudius himself.  After being sent to prison, the priest supposedly fell in love with the jailer’s daughter and right before being beheaded, wrote her a letter signed “From your Valentine,” and that is where the popular “your Valentine” expression originated from.  The more detailed versions of this story vary. Some believe that Valentine was a Christian priest helping Christian couples marry. Christianity was outlawed in Rome so when Valentine was discovered he was stoned and beaten. This however didn’t stop him and he continued to convert people to Christianity, including the jailer’s daughter who was supposedly blind.  He healed the girl’s blindness and she “remain[ed] faithful to his memory for the rest of her life.” She, also, received a parting note signed “From your Valentine.”

The second belief is that as Rome began to slowly convert to christianity, people attempted to Christianize “the pagan celebration of Lupercalia.”  Lupercalia was a festival of fertility celebrated on the 15 of February and dedicated to Faunus, the Roman god of agriculture.  A series of sacred and sacrificial rituals were performed on that day that were meant to ensure fertility and a good harvest. Lupercalia was later outlawed as it was deemed “un-christian” and instead “Pope Gelasius declared February 14 St. Valentines Day.”  The day’s association with love supposedly came about much later, but has stayed with us all this time.

In any case, whatever your beliefs are about the holiday the Talon Team hopes you spent it well with your loved ones.